The Giant Mountains Band was formed in České Budějovice, Czech Republic in 2003. The original personnel included Jan Ondřich on mandolin and Martin Vojna on the banjo – as well as guitarist Petr Poláček and fiddler Jan Kadlec, both of whom are still with the band today. The group was a national finalist in the 2004 “Porta” band competition, after which they were joined by well-known singer, emcee and bassist Zdeněk Schwager.

When Vojna and Ondřich left the band to tend to work and family responsibilities in 2005, banjo player David Kažimír joined the band, which played as a 4-piece ensemble until the arrival in 2006 of American singer and mandolinist Lucien Holmes. In 2008, Schwager left the group and was replaced by Petr Zbořil. Na jaře 2015 odchází Lucien G. Holmes a přichází mandolinista Petr Šimek.

The Giant Mountains band have been recognized as the emerging Czech/Slovak bluegrass band of the year at Čáslav’s “Banjo Jamboree” (2010), selected as the audience favorite at Luka nad Jihlavou’s “White Stork” (2010), competed for top honors at European World of Bluegrass (2011) and been honored guests at a number of international festivals, including Ruotsinpyhtää (Finland, 2010), Horná Poruba (Slovakia, 2011) and La Roche sur Foron (France, 2012).

Jan Kadlec began to study classical violin at 6 years of age. Inspired by his father who was playing with his own bluegrass band, Kadlec started to devote more attention to fiddling. As a result, his style is an informed combination of classical grace and bluegrass finesse. His skill with the bow and with tenor harmonies make him an in-demand player; he plays often with "Sunny Side," perennially recognized as among the best bluegrass bands in Europe. He is a founding member of The Giant Mountains Band. 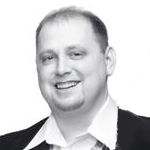 David "Pažout" Kažimír took up the banjo in 1998, after having learnt both the piano and guitar. His uncompromising right-hand approach has made him a much sought-after musician. In the last decade, he has played the five-string for "The Daltons," "Pergamen," "Bluegrass Company" and "Vabank Unit," among many others. Kažimír began to play full-time with The Giant Mountains Band in 2005. 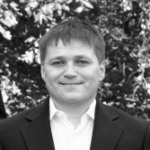 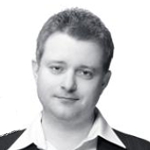 Petr Poláček was studying classical guitar when he first heard the sound of bluegrass music. In the last decade, he has played a variety of roles for a host of bands, including the bass guitarist in "Nefrit" and the dobro player in "Praskot." His steady rhythm guitar and strong baritone is a signature sound of The Giant Mountains Band, as Poláček has been its guitarist and singer since the band's inception in 2003.

Petr "Zboud" Zbořil cut his musical teeth on the guitar and harmonica. By 1988, he had begun to play the bass in the Czech country band "Arizona." His irrepressible drive (and sense of humor) moved him inexorably toward bluegrass. His resume (on both electric and upright) includes work with "Landaur," "Grassband," "Pergamen" and "Bluegrass Company." He joined The Giant Mountains Band in 2008.